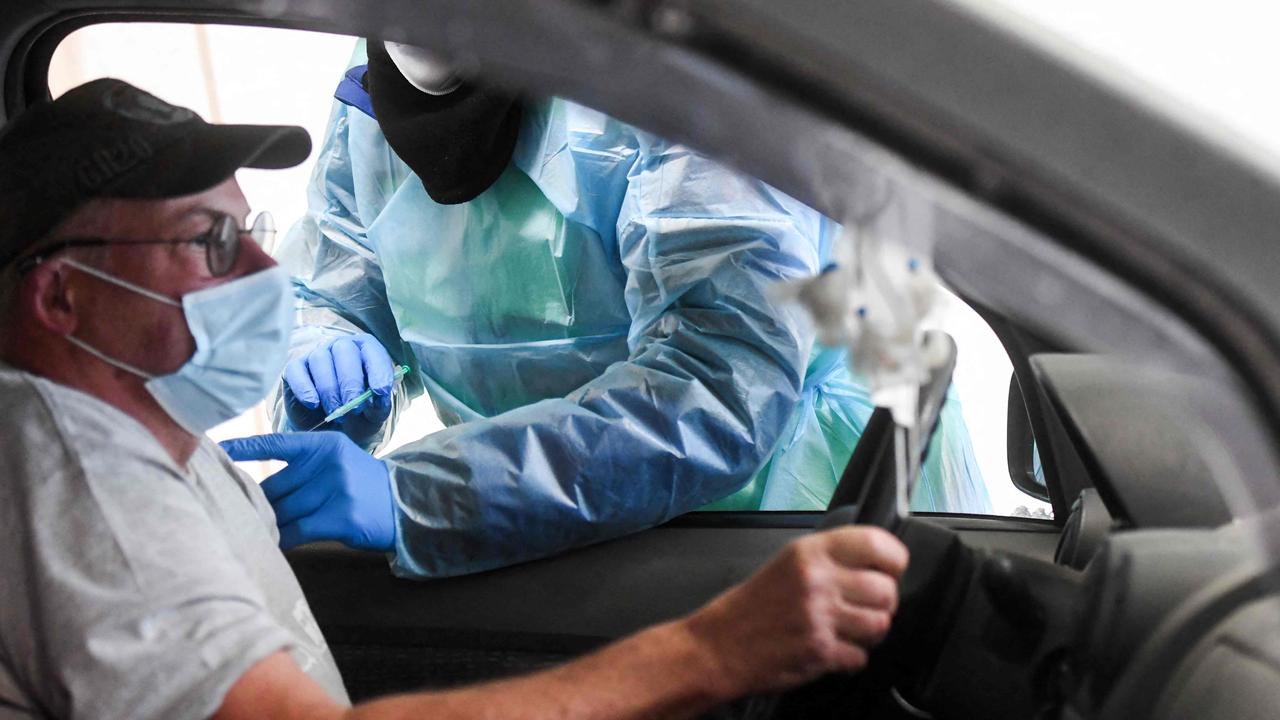 UK under-30s will be offered alternatives to AstraZeneca’s jab as the EU regulator confirmed blood clots were a possible “very rare” side-effect.

Under-30s in the UK will be offered an alternative to the AstraZeneca vaccine as Europe’s medicine regulator confirmed that “unusual blood clots” should be listed as a “very rare” side-effect of the jab.

“EMA’s safety committee has concluded today that unusual blood clots with low blood platelets should be listed as very rare side effect,” the European Medicines Agency said in a statement ahead of a press conference on AstraZeneca’s vaccine.

But the EMA stressed that the benefits of the COVID-19 jab developed by the British-Swedish drugmaker and Oxford University continued to outweigh the risks.

The press conference came as the UK government said people aged 18-29 would be offered a different vaccine, such as those developed by Pfizer-BioNTech and Moderna.

England’s deputy chief medical officer Professor Jonathan Van-Tam said the U-turn was a “course correction” for the UK’s “very successful” vaccine rollout, adding that for most age groups the “risks outweigh the benefits”.

The UK’s Medicines and Healthcare Products Regulatory Agency (MHRA) said that of 20 million people given the vaccine up to March 31, 79 blood clot cases and 19 deaths had been reported.

Wei Shen Lim of the Joint Committee on Vaccination and Immunisation,said at a press conference that people aged 18 to 29 with no underlying health conditions “should be offered an alternative Covid-19 vaccine in preference to the AstraZeneca vaccine, where such an alternative vaccine is available”.

Under-30s who have already had a first dose of the AstraZeneca vaccine should continue to take the second dose.

Oxford University has halted its trials of the vaccine on children and teenagers.

But the World Health Organisation said in late March that the significant benefits of the AstraZeneca vaccine against COVID-19 far outweighed the risk of blood clotting — which is so rare that people taking the birth control pill are more at risk.

Countries including Canada and Germany have restricted rollout of the AstraZeneca vaccine to older populations who are more at risk of severe illness of death from COVID.

But the EU’s drug regulator said on Wednesday that no specific risk factors such as age had been identified for blood clots.

“Specific risk factors such as age, gender or medical history have not been able to be confirmed, as the rare events are seen in all ages,” EMA chief Emer Cooke told a news conference.

She said that one “plausible explanation for these rare side effects is an immune response to the vaccine.”

The EMA said that so far, most of the cases reported have occurred in women under 60. It advised healthcare professionals to remain aware of the possibility of very rare cases of blood clots, as well as low levels of blood platelets, occurring within two weeks of vaccination.

European Union health ministers were warned that the announcement would have an “immediate impact on vaccination plans” and “vaccine confidence”, according to an EU document seen by Reuters news agency.

Italy in particular has already seen an increase in vaccine hesitancy following the questions around the AstraZeneca jab.

COVID-19 continues to cause thousands of deaths every day and the AstraZeneca vaccine is highly effective.

However, concerns over very rare cases of patients suffering blood clots after receiving the vaccine has seen several countries including Italy suspend their rollout of the jab.

Canada, France, Germany and the Netherlands are among the countries restricting the jab to older populations as new outbreaks of the virus continue to ravage nations around the world.

Brazil reported 4,000 deaths in a day for the first time, while India hit a 24-hour record of almost 116,000 new cases on Wednesday, with experts blaming the lack of restrictions.

EMA’s head of vaccines Marco Cavaleri said on Tuesday that the link between the AstraZeneca jab and clots was now “clear”.