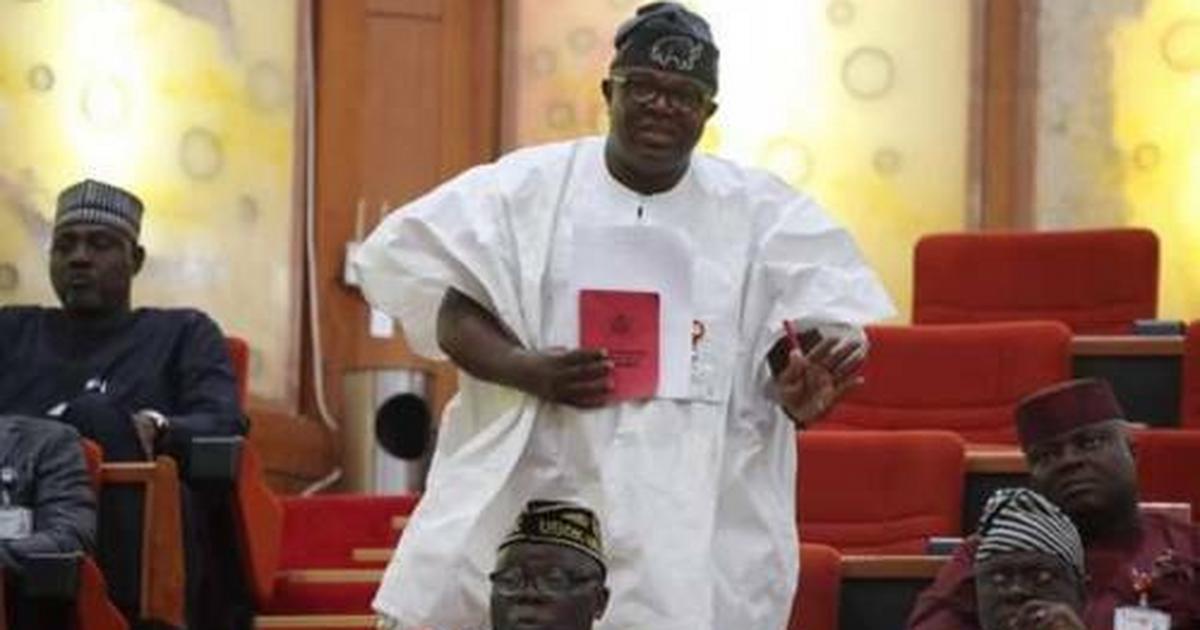 He described the allegation as a fiction concocted to bring down his personality and set him against his constituents ahead of the 2023 general elections.

An Ondo State-based lawyer, Mr Akin Sowore, had reportedly written a petition to the inspector-general of police, seeking arrest of the senator over the alleged ‘spiritual’ dealing.

In the petition, Sowore alleged that the senator hypnotised some youths in his constituency after inviting them to his residence for an empowerment programme on June 21.

“Tofowomo prepared some ritual concoctions with car radiator water and feed the youths suspected to be delegates of People’s Democratic Party (PDP) to keep them under oath to support him in the forthcoming senatorial primary.

“The occult act hypnotised the youths,” the lawyer claimed, adding that the senator sent N200, 000 to their various bank accounts in order to induce them for the same purpose.

Tofowomo urged members of the public and his constituents to disregard the allegation which he described as a political distraction ahead of his second term bid.

He said that he was open to investigation by the police.

“My attention has been drawn to a poorly written petition by a lawyer to the I-G requesting for my immediate arrest over allegations of ritual dealing with some constituents in Ondo South.

“I am open for investigation by the police, but it is important to set the records straight that the allegation is the handiwork of some politicians and detractors ahead of the 2023 elections.

“The politically-orchestrated watery petition should be ignored by the good people of Ondo South and the unsuspecting public because the lawyer only wrote to mislead the public for political gains.

“For the record, there is no meeting held at my residence on the date quoted in the petition by the lawyer where people were lured to take oaths or swear with car radiator water to prove their loyalty.

“The only meeting held was a senatorial meeting with my former 92 aides, some PDP chieftains and pastors, who offer prayers for my quick recovery from health challenges as a result of a motor accident last year.

“The spurious allegation is mischievous, untrue, and falsely concocted to dent my image ahead of the 2023 general elections because of my distinguished and intimidating achievements within two years,“ Tofowomo said.

He said that the lawyer should support the allegation with concrete evidence or be arrested and prosecuted.

Dorado News
Elizabeth Banks is totally unfiltered. The Walk of Shame actress, 47, took to Instagram on Friday to share two photos of herself — one without a filter, and one with.…

Dorado News
The world’s largest independent oil trader, Vitol Group, has said that it expects crude oil price to climb above $80 per barrel in the next couple of weeks. This follows…

Dorado News
The images left many sickened and outraged: Border Patrol agents on horseback hounding Haitian migrants near the US-Mexico border, more than 14,000 of whom were camped under the Del Rio…

Tess Hatch joins us at TC Sessions: Space this December

Dorado News
This year has been one of the busiest yet in terms of new commercial launch companies coming online, with companies like Astra and Firefly Aerospace actually getting rockets up and…

iPhone 13 & Apple Watch: How to buy, price, features and specs

Beckham Jr back to boost Browns

Dorado News
Odell Beckham Jr is set to give the Cleveland Browns offense a boost by returning from a serious knee injury on Sunday against the Chicago Bears.

BP is temporarily closing some of its UK service stations because of a shortage of truck drivers caused in part by Brexit. [...]

Russia accused of 'Ghostwriter' cyberattacks ahead of German election

The European Commission has accused Russia of trying to interfere in European democratic processes just days before Sunday's parliamentary election in Germany. [...]

5 things to know about the Evergrande crisis: A simple breakdown

The world is still waiting to find out what will happen to troubled Chinese conglomerate Evergrande and its enormous mountain of debt. [...]

Danke Schön For These Photos Of Angela Merkel Getting Swamped By Birds  BuzzFeed NewsBiden wanted his first call to a foreign leader to be to Angela Merkel, but she blew him… [...]

US allows aid for Afghanistan despite sanctions against Taliban

The US is granting two licences allowing various entities to provide humanitarian assistance to the country. [...]

The Huawei chief financial officer was arrested in Vancouver in December 2018 on charges of violating US sanctions. [...]

One of China's largest property firms Evergrande has debts of more than $300bn.  [...]

US House passes bill to secure abortion rights for women

Mohammed Ali Khabisa, 27, was shot in the head by Israeli live fire in Beita during protest against illegal settlements. [...]

The investment discussions provide further evidence of a turnaround in ties between the two countries. [...]

Dorado News
The FCC has sent out the first checks from its Emergency Connectivity Fund, an effort to help close the “homework gap” at schools by covering the cost of computers and…