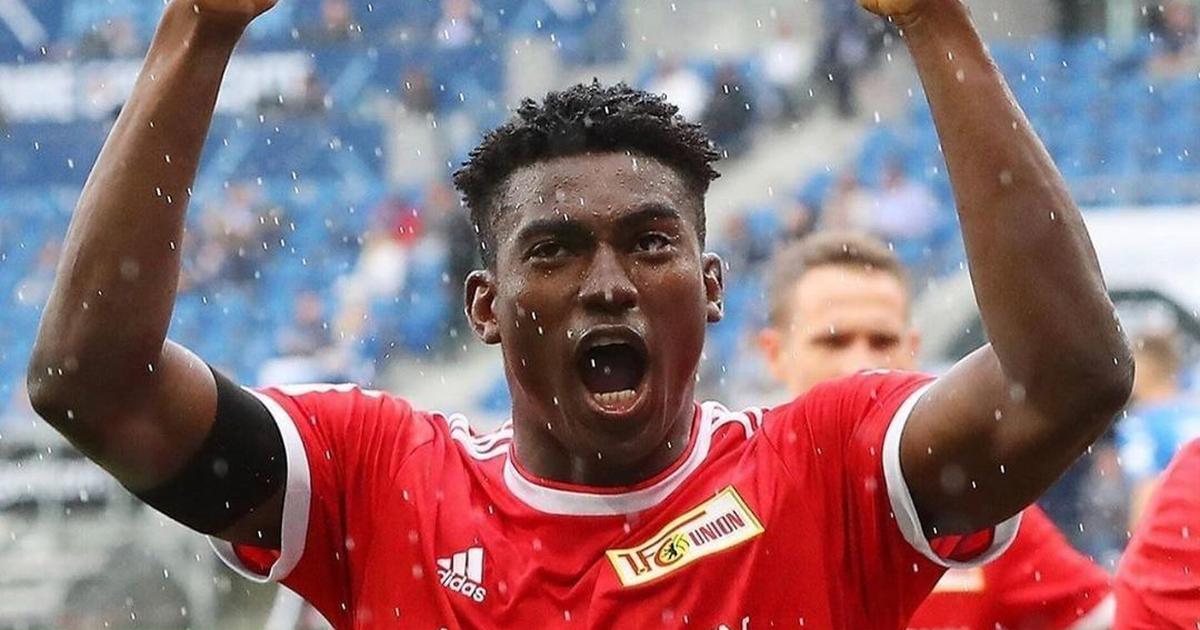 Unsurprisingly, the former Liverpool frontman netted yet another strike in Union Berlin’s 2-1 win over Borussia Monchengladbach last time out which means he’s scored or assisted in all but one competitive game since joining the Berlin outfit permanently.

In the Bundesliga, his three league goals — a goal in each fixture — has put the West African within a game of matching a notable club feat, a target he’ll have going into this weekend’s clash with Augsburg.

Max Kruse — a current teammate of Awoniyi — netted in four successive games in the Autumn of 2020, becoming the first player to set that record representing Union. If the Nigerian scores on Saturday, he matches the 33-year-old’s achievement and will have his sights set on even being the sole holder of the accomplishment.

Augsburg boss Markus Weinzierl has revealed the issues his team face in keeping the Union forwards quiet this weekend.

“You play internationally, that speaks for the quality and with Taiwo Awoniyi and Max Kruse you have two very good strikers,” Weinzierl said as quoted by allgemeine.de. “They often make the difference; they have to be taken out of the game. “

The tactician further admitted his side will face a tall order to contain the two since he has a depleted defence heading into the fixture.

“We already have problems, especially in central defence. With Jeff [Gouweleeuw] and Felix Uduokhai we have two big question marks where we don’t know whether one of them or both can play,” Weinzierl continued.

“Unfortunately, Fredrik Winther returned with a fever on Wednesday (U21 Denmark), which makes things even more difficult. And so, a zone becomes a problem zone.

“Tobi Strobl is also still out of training and will probably not be available. So, we must look at how we set up the central defence.

“Unfortunately, in Alfred Finnbogason we have a player who has problems from the game against Heidenheim. He played again relatively early and now has problems with his Achilles tendon. We have to wait and see.”

In a sense, you sense Awoniyi will be licking his lips heading this gameweek, even though the two-week interlude came at a bad time. The in-form frontman and his teammates are in a rich vein of form after an unbeaten start to the season, although the Iron Ones have secured only one win.

Having said that, their form at Stadion An der Alten Forsterei, which stands at 18 without defeat, bodes well before this meeting with Augsburg. Only Bayern Munich (29 without losing) and Eintracht Frankfurt (20) have better ongoing runs at home, and the challenges facing this weekend’s visitors ought to motivate the home side.

However, this weekend’s visitors were the last team to defeat Union on their turf (3-1 in September 2020), so that defeat about a year ago may still play on the mind of the Iron Ones. Equally suffering defeats in both clashes last season means Die Eisernen must be wary before the first whistle.

Regardless, with the red-hot Awoniyi firing and eyeing a club record, the Berlin outfit have nothing to fear!

Seye Omidiora is a passionate football writer and pundit whose deep appreciation for the beautiful game exceeds the usual. He is currently a columnist for Goal Africa and has previously written for Vital Football UK, IBCity Info and Opera News.