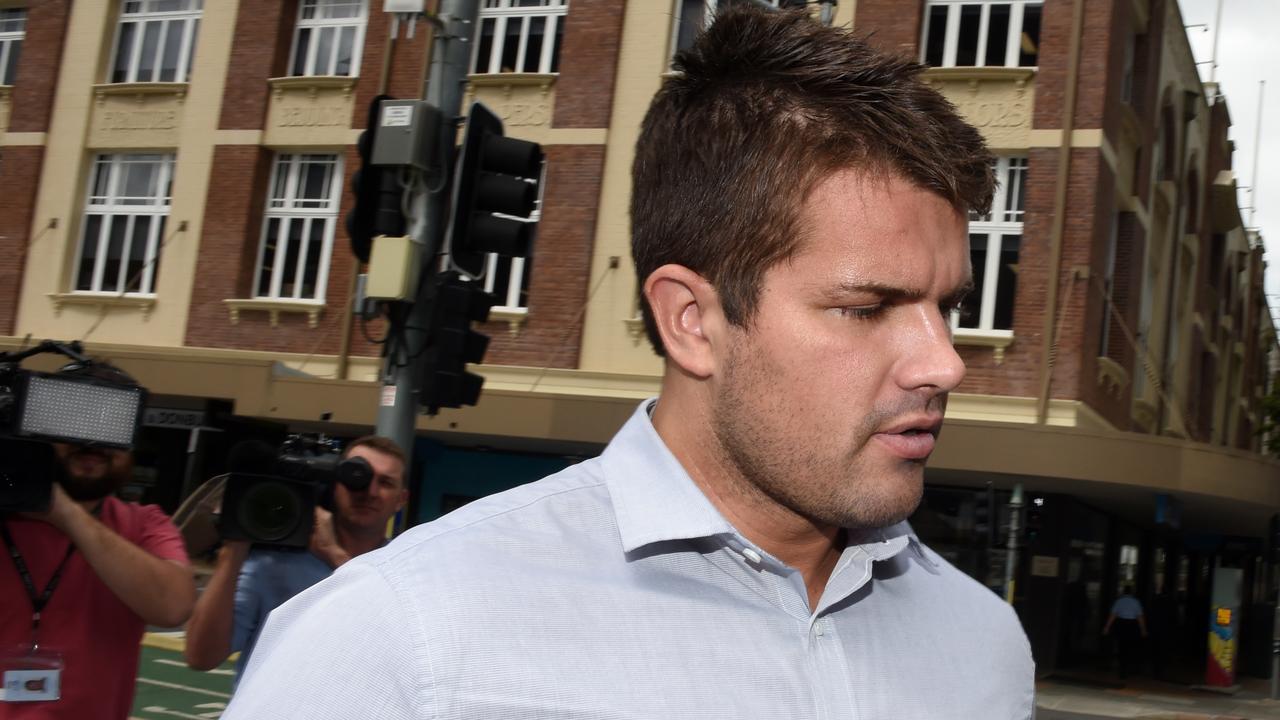 Seven years after his Tinder date fell to her death, Gable Tostee is involved in another controversy, but claims he is the victim.

Gable Tostee has become involved in a fresh controversy seven years after his Tinder date plunged to her death from his Gold Coast balcony.

The Queensland carpet layer, then 30, was accused of killing New Zealand woman Warriena Wright but was found not guilty by a jury in 2016.

Mr Tostee, who now goes by the name Eric Thomas, has returned to Tinder and is involved in a dispute with high school drama teacher Sabrina Collins.

Ms Collins told A Current Affair she went to police after receiving abusive text and voice messages from a female friend of Mr Tostee, after they stopped seeing each other.

She said no action was taken by police, prompting her to make two YouTube videos featuring the abusive audio.

She said Mr Tostee then sent her text messages suggesting she was “insane”.

However, Mr Tostee claims she has been the one stalking and harassing him and his friends.

Ms Collins claims she saw Mr Tostee on nine nights over four weekends after they met on the dating app.

“It’s been like a nightmare and it’s taken a year of my life,” she said.

She also claims Mr Tostee allegedly showed her what happened the night Ms Wright died in 2014.

“He was showing me … and then he locked me on the balcony to show me what it was like,” Ms Collins said.

On the night of Ms Wright’s death, Mr Tostee was recording audio on his phone in which the pair were heard arguing, before his date was pushed out onto the balcony and had the door locked behind her.

The audio was played in the Supreme Court during Mr Tostee’s trial.

Mr Tostee told the court that he and Ms Wright had both beendrunk, she kept beating him up and that he forced her onto the balcony – where it’s believed she tried to climb to the floor below when she fell.

Ms Collins said she didn’t recognise Mr Tostee when she first swiped past him on Tinder.

She was “stunned” when a friend told her he was “the balcony guy”.

“And then I just thought, me being me, I’ll just ask him some more questions and you know, just get to know his side of the story,” she said.

UN Committee on Migrant Workers to review Rwanda and Azerbaijan

Dorado News
The WHO has released new Global Air Quality Guidelines (AQGs) which reveals evidence of damages air pollution has on human health even at lower concentrations. The aim of these guidelines…

My bank accidentally deposited $10K in my account. I reported it, then moved it to my savings account. Have I done enough?

Who is worthy of America’s protection?

Why do MPs stand up in Parliament during PMQs

Dorado News
Today, Clubhouse is rolling out Wave, a feature that makes it easier to start private rooms with friends when you see that they’re online. Available globally on iOS and Android,…

Your Gmail or Outlook could be HACKED for $800, Microsoft warns

Nymbull wants to guard your next Craigslist, Facebook Marketplace item for sale

Thank You, Harry Styles, For Giving This Spot-On Dating Advice in the Middle of a Concert

Rihanna Drops Tantalizing Details About Her Next Album

The US is working on contingency plans if Iran continues to make nuclear advances and fails to return to international talks, a senior State Department official said Thursday, adding that… [...]

Hezbollah has threatened to "usurp" the Lebanese judge investigating the Beirut port blast in a verbal message to him in recent days, a source familiar with the conversation has told… [...]

Angela Merkel has been written off many times in her career -- by the politician's rivals, her own party members and, yes, the press.    [...]

Can Washington sooth tensions across the Atlantic?

President Biden trying seeking to calm France down amid fallout from AUKUS security pact between US, UK and Australia. [...]

Coach Ramalho training champions inside the ring and promoting social integration, education and employability outside. [...]

Turkish president says Ankara is willing to work with Taliban if the armed group formed a more encompassing government. [...]

US plan to expel most of the more than 14,000 Haitian migrants camped at Mexico border has been widely condemned. [...]